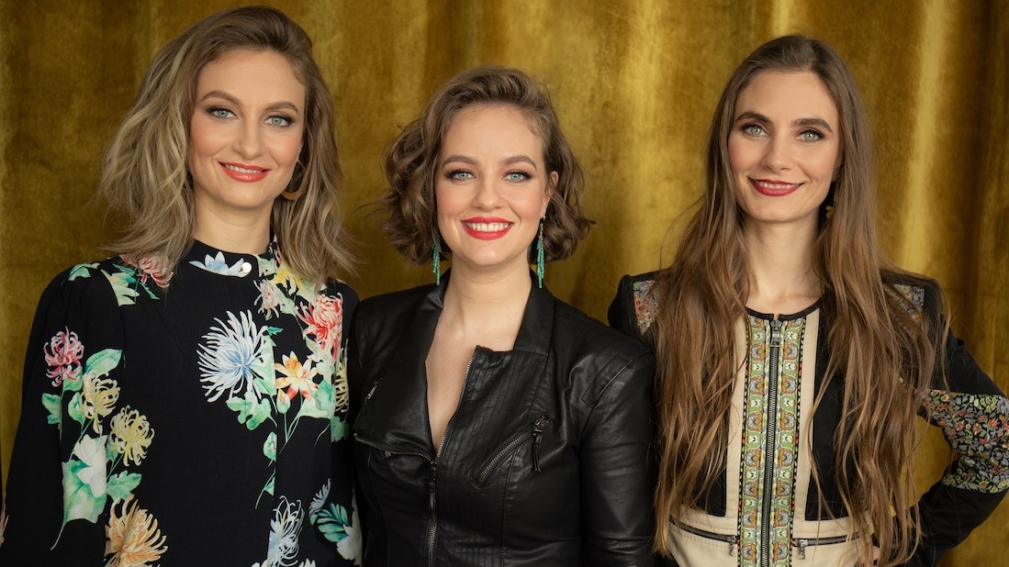 For more than 15 years, The Quebe Sisters (rhymes with maybe) have been entertaining audiences with their one-of-a-kind style of Western swing music and they have no plans of slowing down. Their fourth self-titled album was released on September 30 and is a collection of strong and wistful songs blending new sounds and old classics.

While no single Quebe sister outshines another, the trio’s perfectly pitched harmonies mixed with a little Texas drawl are pulling in an ever-growing audience to a musical genre made popular during World War II. Known for their harmonies and authentic Americana influences, The Quebe Sisters’ musical sounds and lyrics have been compared with legends Ray Price, Count Basie and Willie Nelson.

Filled with innovation of musical growth and maturity, this album features songs departing from their signature triple fiddle and three-part harmony vocals. It spotlights each member’s musical strengths while preserving the band’s traditional vibes their deep-seated fans first fell in love with.

“Making this fourth album felt like two exciting baby steps—one toward sounding like the greats that we love and emulate, and one toward crystallizing our own unique voices and sound as a band,” says Grace Quebe.

Using vintage gear for a warm and classic sound, the band recorded this latest release together in one room at the Texas Treefort Studio. Included on their album are a range of covers perfectly suited to progression like Jesse Harris’ “Always Seem to Get Things Wrong” and Willie Nelson’s “Summer of Roses.”

The Quebe Sisters album release performance is October 3 at Stateside at the Paramount in Austin followed by a tour in support of their album.