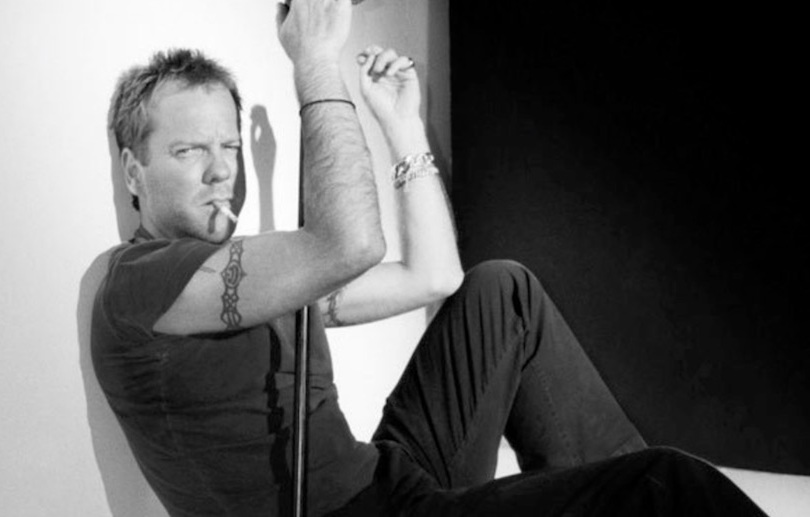 For over thirty years, Kiefer Sutherland has worked as a professional actor earning several Grammy Awards and Emmy nominations.

Best known for iconic performances in ‘The Lost Boys’, ‘Young Guns’, ‘A Few Good Men’, ‘A Time to Kill’, and hit TV series ‘24,’ Sutherland is not the typical Hollywood actor who ties himself to one path in life. He has also dipped his toes in other areas with the same kind of dedication and commitment he shows to acting.

His latest undertaking is country music singer-songwriter. Sutherland began writing and recording two demo songs which he intended for other artists to record. Two songs quickly turned into four and four grew into six, until a longtime friend, Jude Cole, suggested they make a record together. Their collaboration resulted in Sutherland’s debut album, Down In A Hole, in 2016.

Sutherland says of the 11 tracks that made up the album, “It’s the closest thing I’ve ever had to a journal or diary. All of these songs are pulled from my own personal experiences. There is something very satisfying about being able to look back on my own life, good times and bad, and express those sentiments in music. As much as I have enjoyed the writing and recording process, I am experiencing great joy now being able to play these songs to a live audience, which was something I hadn’t counted on”.

For the last three years, Sutherland has toured extensively, earning the acclaimed actor a reputation as a relentless road warrior. With Sutherland’s sophomore album release is 2019, Reckless and Me, Sutherland is once again hitting the road. He kicks off his tour in Austin, Texas in May and wraps up in London, England this October.

Lisa Davis​ is a freelance writer and editorial assistant in Austin, Texas